Does it feel like people say and do things only to make you feel a certain way? Here’s why this not only isn’t try, but is actually hurting you.

I was interviewing confidence coach Kelsey Abbott for my podcast the other day, and we were talking a lot about self-love (as I often do) and how it ties to confidence and achievement. So much of our discussion was centered around the perception we have that everyone else is watching and judging us.  I was reminded of the Carly Simon song, You’re So Vain.

You probably think this article is about you.

Well, you may be right.

The difference from the song is that this is not about vanity, but rather insecurity. We often think people are thinking all of these thoughts in response to what we say or do (or what we don’t say or do). It is as if we essentially think of our life as a TV show and everyone else is just an actor in it, kind of like The Truman Show. We are Jim Carey, and everything going on around us is happening solely for our experience rather than intendent of us.

I was reminded of a story from my past where a classmate in business school asked me what I did earlier that evening, and I told him I went to the gym with a couple of classmates, who I named. He looked annoyed with me and walked away. He generally had an issue with me, and I finally decided we should hash it out as adults. If I had done or was doing something to make him feel this way, I would surely want to know so I could do better.

He raised two key issues with me. The first was that I had a tattoo, and people with tattoos are dirty, bad people in his eyes. I’m not going to go into the prejudice at play here, but I can assure you I had recently showered and do not generally get characterized or characterize myself as a bad person, but we are all entitled to our own views of others, I suppose.

The second reason was tied to that night he asked me about. He said I had mentioned a female classmate being one of the friends I went to the gym with, and how I had only done that stick it in his face that I could hang out with her and he could not. 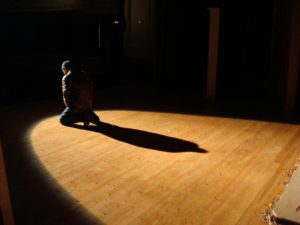 He thought that I was creating a false narrative about my actions solely to make him feel bad about himself. In fact, he named other people in our class doing the same, including a friend who was dating someone else in our class. He insisted that was just to make him aware that he could not date her.

My purpose in sharing this story is not to call him out or anything, but rather to illustrate how far we can take our insecurities. Because we see the world through our own eyes, it can be easy to feel like everything else happens for our experience.

This can be a good thing in that some people actually do act purposely to hurt us. We might be more likely to catch this and respond in a way that protects our interests better than if we were ignorant to their intent.

The problem is that these purposely malicious actions are the rarity. The overwhelming majority of things people ‘do to us’ are actually born of something innocuous unrelated to us. Let me illustrate it with an example of getting cut off on the highway a few months ago. I could choose to think the other driver spotted me and decided to cut me off and put me one car back in the line of traffic.

Or I could realize that he actually probably just wanted to get through the traffic to get where he wanted to go. It was highly unlikely he sought me out or wanted to cut me off personally. He just wanted to get ahead of as much traffic as he could, and probably saw more of a gap in front of me than any of the other options he had.

He was no more the antagonist in the Bryan show than I was in his life’s show.

In the moment, I chose to realize he was not doing that to meand was now slightly closer to wherever he was in a hurry to get to. That probably helped him or made him feel better. And as for me, I was really not in a materially better or worse position (I actually got off at the next exit, and he was stuck in stand-still traffic). Should I really feel bad about someone feeling good?

Of course not. But if you see the other person as a bad actor in your life, it can be difficult not to see it that way.

And that brings me back to my classmate. We have all had at least momentary thoughts like him. We know how bad it makes us feel–anger, jealousy, fear. We may end up lashing out in a fit of rage.

That is how he felt most of the time.

While I did not care to spend time with him, I did feel sympathy for him. His thoughts about me actually have no impact on me. But they do have a huge impact on him, along with the negative thoughts he had about so many others in his life.

Most importantly, the negative thoughts he had about himself cost him the most. Regardless of whether anyone was trying to make him think these things about himself, he felt them. He felt unworthy of the attention of women he liked, and that hurt (among other things he believed people were making him feel).

He eventually made progress with these feelings. He’s married today (so clearly he was not un-datable), and seems more at peace. Though he still seems to have an awkward need to make competitive jabs when talking to people, showing that he still battles his insecurity-demon.

We all have a choice not to see things this way. It may sound simple and that is because it is.

We can choose to see people as merely playing parts in the story of our lives. Everything they say and do is part of the script of our story. And that means the bad is done solely for the outcome is causes us. Most of us who make this choice do so unconsciously.

By the same token, we can consciouslychoose to see everyone as living their own TV show that just happens to cross paths with ours and those of everyone else. Sometimes, our plots collide, but we can choose not to think there are writers behind the scenes making it so.

We are much less insecure and mindful of our own actions, feelings and beliefs when we let go of the notion that everyone acts solely in relation to their impact on us.

Want to Perform at Your Mental Best? Try Warming Up First