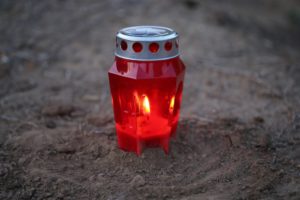 You don’t have to put yourself down to be humble, yet so many of us do that.

I’ve spoken about the idea of Self-Love a lot. It’s the first and single most important component of Do a Day (since none of the other components matter if you lack self-love), I’ve written about it in numerous articles, and I’ve focused on it with everyone I coach. So, basically, I’m a broken record about it.
See what I just did? I made a joke at my own expense.
Why do we feel the need to do this? When I hear people talk this way, I challenge them, and I am generally told the same thing—it’s about humility. Who said having humility is the same as self-humiliation? Just because the words are similar, they are not the same. I’ve written about the difference between self-love and being egotistical before. This is the other side of the same coin.
For some reason, society has made it the norm to put yourself down or make a joke out of yourself. We do it to dismiss some good we did – for example, “I knew you’d like that gift when I chose it. Or I’m actually totally clueless and had to ask some random woman what to get you since I’m such a moron!” – or to counter the possibility of doing good – for example, “I’m going to win this tennis match…at least if I don’t choke royally!”
OK, so maybe you don’t struggle when buying gifts for others, and you’ve never played or never lost at tennis. But you get my point. And if you probe your own life, you’ll no doubt find examples where you go overboard at putting yourself down in situations where a bit of positive talk somehow made its way out into the open unchecked!
We can have humility without humiliating or degrading ourselves. Humility is about not gloating or taking undue credit for something. You don’t have put yourself down to avoid gloating or taking credit when you don’t deserve it.
Instead, try this: just say the good thing about you plainly and simply without embellishment. Instead of, “I’m going to win this tennis match,” say something like, “This match is going to be great and I’m ready for it.” Instead of, “I knew you’d like that when I chose it…” Try, “I’m so glad you like it!” You can say something kind and positive without being at the expense of yourself.
It may sound like a small change, but that’s the point. The more you do it, the less negativity about yourself you put out there and the more you keep from creating a narrative in your head about not being good enough. You also stop that narrative from being actively out there in the world.
Once you control the negativity about you within yourself and out in the world, you can start to see possibility and ability where you once saw limits.
Exercise humility without humiliating yourself. They’re not the same thing, and humiliation doesn’t serve anyone.

From the Editing Room Floor–Thoughts on Alcohol