When I was writing my book, Do a Day, I had written a fairly long and, let’s just say, impassioned section on drinking alcohol. It was a bit of an aside that took the chapter down a path of less coherence and strength, and my editor rightly suggested taking it out. While I did that for the book, I still believed in what I said, and felt it was valuable to share. I don’t do this passing judgment on anyone, nor saying you have to do the same as I do to be ‘good’. This is what I feel, and the choice I’ve made for my life. You make whatever choice you want for your life.

For context, this was in the midst of talking about ideas on how to clean up your diet to help you lose weight. Specifically, this section was on things to take out of your diet to avoid calories that don’t help you, as well as toxins and other things that aren’t great for your health.

With that background, here is the text that didn’t make the final edit of the book. 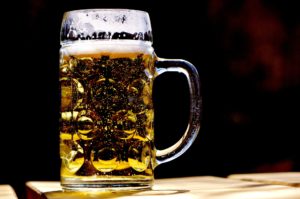 I want to address something specifically. While I started with taking soda out of my diet, another drink is something to strongly consider removing from your life for a variety of reasons – alcohol. I talk about it with a lot of people, and the conversations are usually the same. It’s a huge source of calories, but perhaps more importantly, it’s a source of toxins that your system has to get rid of as a top biological priority. Alcohol is literally poison to your body, which means processing it out of your body prevails over so many other biological functions as your body is a master of survival. That means the energy and time your organs are spending dealing with the alcohol and sugar you put into your system from wine, liquor or beer isn’t being spent on making you healthy. That translates to less healing and recovery, removal of cancer-causing free radicals, synthesizing proteins, fighting bacteria and viruses, digesting food and more. It’s unproductive work for your body, and I’m certain it doesn’t speak to anyone’s motivation or goals. The feeling of being hung-over is because you’ve been poisoned…only you did it to yourself.

The justifications I get are usually the same mix of things. I hear things like, “it’s just one or two glasses of wine,” “wine is good for you,” “I ran X miles today so I can ‘afford’ the calories,” “I had to because I was at a party/work event and we toasted so-and-so,” and on and on. While some alcohol does seem to have health benefits,* you can achieve the same benefits without the toxins or sugars, so these arguments quickly stop holding water.

Another common justification is that it helps people relax or unwind from a tough day. This relaxation argument can be true for many, but can also be achieved in a variety of other ways (e.g., meditation, working out, watching a funny show, reading, listening to or playing music). Alcohol doesn’t have a monopoly on calming us. Actually, it’s a depressant, so it does much more than calm us – it actually moves us down past ‘calm’ to sad. Who wants to be sad?

Lastly, alcohol is a common part of many people’s social scene. We go to a bar after work. We go out on a date for a drink. We have a beer at dinner. Well, not ‘we’ since I don’t drink, but you get the point. One thing I noticed as a non-drinker is that most people actually don’t care if I’m not drinking when we’re together at a bar or eating out. Those who do care are typically either immature, perhaps have a drinking problem or even just an insecurity about their own drinking (if you aren’t drinking, it somehow points out more openly that they are drinking, and maybe that’s not okay or the amount isn’t okay), or aren’t good friends since they’re more interested in your drinking than what you have to say.

For me, I was never a big drinker. I drank when I went out on the weekends after graduating from college and had a few hangovers in the mix. But after getting my masters, I backed away from it. As I entered my thirties as a husband and father, I found that I’d maybe have fifteen drinks a year, and they served no real purpose. I didn’t have more fun because of them, I didn’t care for the taste, and I almost always noticed the impact on my health of even one drink. Not to get too graphic, but if you do drink, I want you to pay attention to the smell that you produce in the bathroom the morning after you’ve had a few drinks. That’s a sign that your body is getting poison out of it.

In fact, it was this smell that was the wakeup call that drove me to say, “Enough. I don’t drink alcohol anymore.” After all, what was the point of this small amount of alcohol anyway? If I was barely drinking anymore, and it only had downside to it, why even bother ever drinking? That was mid-2013 – four-and-a-half years before writing this – and I’ve not had a drop of alcohol since. I’ve also not paid a price ever for not having a drop of alcohol in terms of looking weird at social events or feeling like I’m missing out on something. It hasn’t cost me any business or career opportunities, and no one has skipped inviting to me something because I don’t drink. I’ve only benefitted by not weighing my body with that burden anymore, regardless of how big or small the burden was.**

Some people would take infrequent drinking and make the same, but reversed argument. Rather than saying you might as well quit if you do it so infrequently, they say you can just keep doing it so little since the impact is small. I get that argument, but it’s no stronger than my position of, “why not just stop?” You can choose – do you want to do something that has a benefit or do something that has a small cost?

The fact is, we don’t need alcohol, and we do pay a price for having in our lives. That price is counter to what this book is trying to help with – health, fitness, happiness, and balance in life for the rest of your life. This is why I talk about alcohol with people I coach, and why I raise it here. You need to decide what’s best for you, but I at least urge you to think about what it is doing to you in any quantity, and whether you need it at all.

*Many people have heard about the benefits of red wine from resveratrol, or the link between drinking wine and low heart disease in France – which is correlation, not causation, so you can’t just say it’s because of the wine. In fact, research has concluded that it is not due to red wine.

**I can say that I’m not an alcoholic nor do I have those tendencies. I’ve never craved alcohol or been unable to say no to it. Therefore, I recognize that it may have been easier for me to stop drinking than it would be for others, and I don’t share my story standing in judgment of anyone who drinks. If you do have a problem, I strongly urge you to get help – for yourself and for those who care about you. I promise, no matter how alone you feel, there are people who care about you and want you to be better.

Is a Competitive Advantage Your Reason for Failing in the Future?

Are You Intropologizing? Here’s What It Is and Why You Need to Stop

Goals Are Just a Delivery Mechanism for Motivation